“Hey there, my name is Payton Culclager. And I'm actually currently a HLA lab technologist working at Tulane University in New Orleans, Louisiana. I just graduated from the Xavier University of Louisiana, with my Bachelors of Science, in biology, with a minor in Chemistry and also a minor in French. And I graduated cum laude, so love that for me. But basically, my story is about Dr. C's sixth grade science class. I was always interested in sciency things. I didn't really have a name for it. But my dad would always get on my case about mixing things in the house, I would take my Barbies out and mixed together lotion and hair gel and body wash and call myself “mixing.” Being a scientist, you know. And so my parents really didn't know what to do with that at that time. They didn't have science kits for girls. So they just kind of gave me the Barbies and stuff and let me have that.

But I've always been interested in science, from when I was very, very little. Well, when I got in my sixth year in Missouri, I met the science teacher, Dr. C. And there were two really cool things about Dr. C. One, he was Black, like me, I had had no Black teachers up until that point. So that was kind of cool. There was a Black man teaching me science. And then two, it was science. Before, they give you the cute little things and talk about clouds. And we talk about like the water cycles, you know, in the smaller grades, second, third, fourth, fifth grade. But in sixth grade, that's when I remember things getting kind of serious. That's when I remember starting to study. That's what I remember starting to really understand what science was and how to apply it to my life. And I remember Dr. C used to show us videos. We would watch a lot of Bill Nye the Science Guy, we would watch a lot of The Facts of Life with Tim and Moby. So we watched all of those little channels that they had, those kinds of resources that they had for us at the time. And he would show us really relevant clips, he would go on YouTube, and search of little songs to help us remember things like the water cycle, or things like photosynthesis, I remember that photosynthesis song to this day. He would play it over and over for us so that we would get it in our head.

And basically, I'm telling the story, because I'm thankful to Dr. C for kind of introducing me to science in an applicable way. And I was just so cool. That really kind of solidified the idea in my head that I was going to pursue my career in science, and I was going to learn how the world works. So that is my story. Thank you, Dr. C if you're listening to this, or if you happen to hear this, but I really appreciate it. And yes, so I just hope that more kids can get introduced into science like I was, particularly more minorities and underprivileged kids. They can get into those kinds of fields because it's really interesting, and it's for everybody. Thank you.”

I'm thankful to Dr. C for kind of introducing me to science in an applicable way…That really kind of solidified the idea in my head that I was going to pursue my career in science, and I was going to learn how the world works. 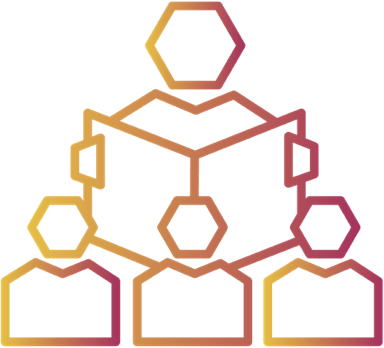